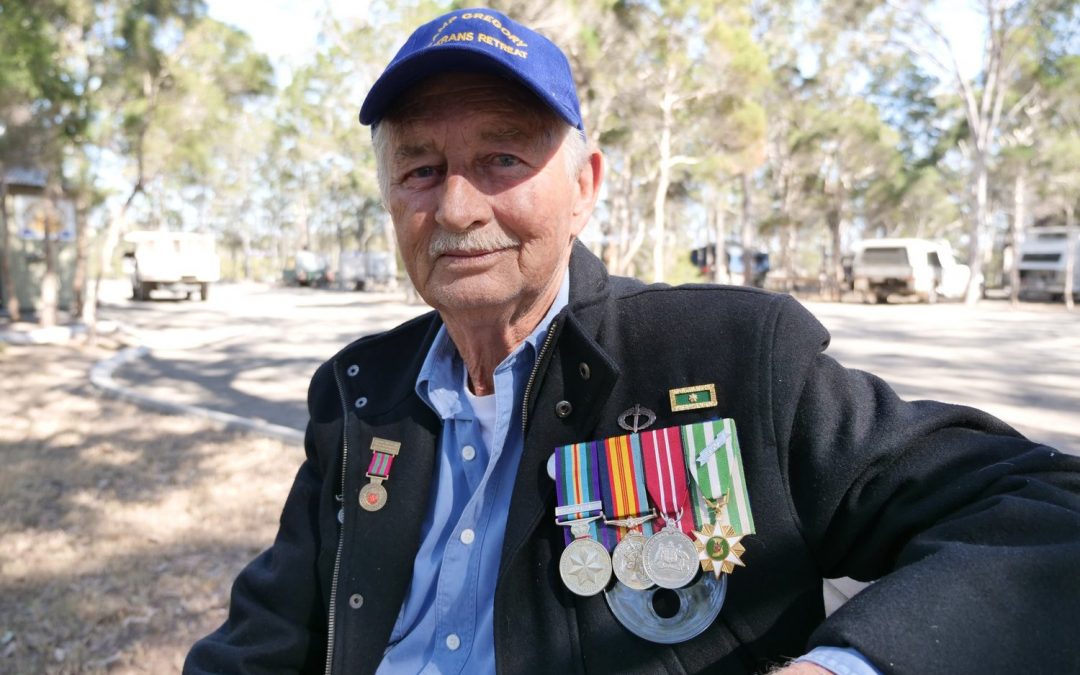 A special ceremony was held at Camp Gregory Veteran’s Retreat to honour regular Camp Gregory attendees Brian ‘Simmo’ Simpson and Blue Kelly, who earlier this year received Citations for Bravery, for their involvement in the Battles of Coral and Balmoral.

Fifty years ago these two men fought in Australia’s largest and most hazardous battle of the Vietnam War.

“It was scary as all hell,” Mr Simpson said.
“You were on edge the whole time.
“That’s why so many veterans suffer from PTSD, you never got a break.”

Camp Gregory is a quiet bush retreat near Woodgate that is set up to help support veterans of all conflicts as well as all civilian first responders, and their families.